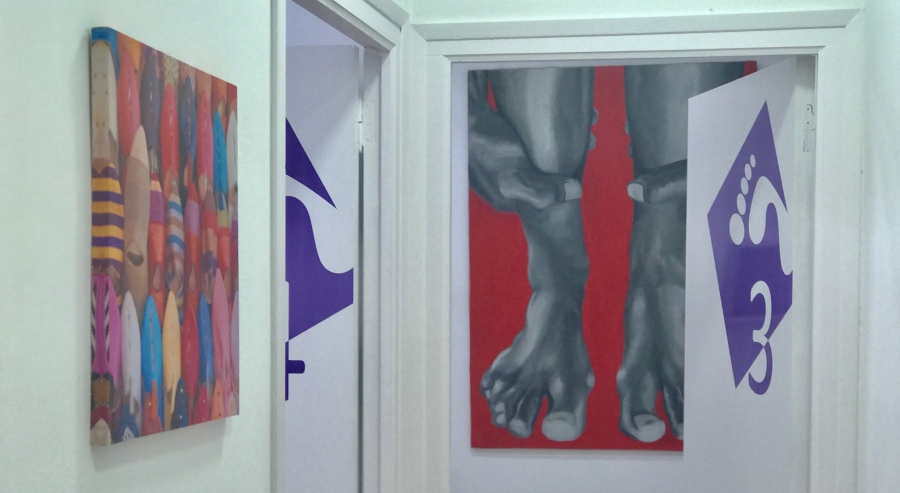 A study conducted by the University of Extremadura detects the need to pay more attention to the feet of these women The study, led by Dr. Patricia Palomo, professor of the Degree of Podiatry of the University of Extremadura (UEX), has analyzed the feet of 200 women to know the quality of life in relation to the health of the foot of these oncological patients. The most frequent alterations were anomalies in the nails (46%) and generalized pain (36%). A study led by Dr. Patricia Palomo, professor of the Degree in Podiatry at the University of Extremadura (UEX), entitled 'Clinical aspects of foot health and its influence on the quality of life among breast cancer survivors: a study of cases and controls'- has analyzed the impact on the quality of life related to foot health in women with breast cancer undergoing chemotherapy treatment. In this work have also participated the Faculty of Medicine of the UEX and other Spanish universities, such as the European University of Madrid; Complutense University of Madrid; Rey Juan Carlos University; University of León and University of La Coruña. He also counted on the collaboration of the Oncological Association of Extremadura (AOEX). The doctors who were part of the team were Ricardo Becerro de Bengoa, Marta Losa Iglesias, César Calvo Lobo, David Rodríguez Sanz, Jorge Guerrero Martín and Daniel López López. The study evaluated the symptoms that appeared in the feet of women with breast cancer undergoing chemotherapy, in order to develop strategies to prevent these symptoms and improve the quality of life of these women. For this, the health of the foot and the general health of a group of one hundred women affected by this cancer were compared and analyzed with another group of another hundred healthy women. The women who participated in the study -between January 2016 and May 2017- were patients from the Clinic of Medicine and Podiatric Surgery of the University of Extremadura, in Plasencia, and the Oncology Unit of the Hospital Infanta Cristina de Badajoz.


Chemotherapy associated with breast cancer causes side effects and certain chemotherapy treatments can cause, with respect to the extremities, hand-foot syndrome or palmoplantar erythrodysesthesia, already described in the scientific literature. Hand-foot syndrome is a skin reaction that occurs when a small amount of medicine leaks from the capillaries (small blood vessels) to the skin, especially the skin of the palms of the hands and the soles of the feet. Once the medicine has leaked it can damage the surrounding tissues. Some of the signs and symptoms of hand-foot syndrome are numbness, tingling, burning or itching, redness (similar to sunburn), inflammation, discomfort, tenderness and rash. . The hand-foot syndrome can be painful and affect the patient's daily life. Therefore, this study evaluated the symptoms that appeared on the feet of the women participating in the study. PROBLEMS IN THE FEET AFTER THE CHEMOTHERAPY HAS BEGUN The study revealed that 94% of the participants reported having problems in the feet once the chemotherapy treatment started. A physical examination revealed that the most frequent alterations in the feet were anomalies in the nails (46%), generalized pain (36%), cracks and dryness (20%), paraesthesia (19%), inflammation (10%), varicose veins. (8%), deformed fingers (7%), helomas and hardness (4%). Some patients suffered more than one of these alterations at the same time. 4% of the patients did not present any of these signs and symptoms after chemotherapy. "The health of the feet can be essential for the well-being and quality of life of women with breast cancer," according to the study, which points to a previous study conducted on women in Arab countries about quality of life and breast cancer, which showed that the decrease in physical function as well as psychological and social problems affected the quality of life of these women. However, in that study the health of the foot was not evaluated.